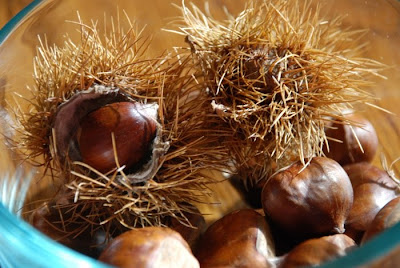 We are what I would describe as a television lite family. When my son was about 6 months old I was engrossed in my top-secret, very pedestrian and slightly shameful weekly activity. Are you ready for it Internet? I was plopped down in front of the television getting my weekly fix of American Idol.

Yes. I said it. American Idol. I love it.

And I feel better knowing that I've put that out there to the universe.

During one of Paula Abdul's regularly scheduled ramblings about the meaning of string, I happened to glance over at my darling chubby baby and found him equally engrossed in her monologue. And we're talking little eyes literally glued to the television screen.

And so I decided that the television needed to turn off and we became, from that moment on a TV lite family. We canceled cable but kept the basic local channels. Super Hubby and I watched movies on Netflix or streamed our favorite shows on the computer in the evenings after The Little was asleep. And to be truthful? We didn't really miss television all that much - and we certainly didn't miss much of the programming that was on cable.

In fact, until The Little was 2, it was extremely rare that he watched television at all. It just wasn't on any longer in our home. Before, where it had been a constant - background noise to keep our quiet house from feeling like it was closing in on me, it was now silent. I filled our home with crafting, with soft music from my Ipod, with books and storytelling.

It's not that I have an issue with media per se - it's just that I realized my time could be better spent interacting with our son. I thought about how much commercialism and consumerism he was exposed to on a daily basis with the TV on and I decided I didn't want those values ingrained in him.

Recently, I've become a little more lax with my no TV policy. There are a few - and I mean VERY few cartoons that I allow him to watch. Most of them are on our local Public Broadcasting Station (PBS) where commercials are few to none. Word World and Kipper are his favorites.

In one episode of Kipper - which is a cartoon about a British dog and his friends, Kipper plays a game of conkers with his friend, Tiger. I had never heard of conkers until we watched this episode. The Little was fascinated by the concept.

When we would go out on our walks he would bend over and pick up acorns, hand them to me and try desperately to explain in his toddler babble that he wanted to play conkers. Don't ask me how I know this. I just know.

And sadly, try as I might, we never could find ourselves a Horse Chestnut tree or those beloved conkers. And then I decided to put our desire to locate conkers out there to the universe...also known as Facebook. And what do you know, my dear sister-in-law, who is living abroad contacted me to let me know that the ground near her home was loaded with conkers and that she would be happy to send us some! (I also received some great tips about where to look locally for conkers, but I've not had time to do that yet.)

So yesterday, we opened the mail and a small package was there to greet us - complete with darling chestnut colored conkers! Yay! The Little was so excited - he knows exactly what they are - and has spent the better part of the morning playing with them and holding them gently in his hands.

I have yet to figure out exactly how to attach the piece of string or yarn to each chestnut - and if any of you out there have any tips I would be greatly appreciative. We can't wait to play this simple childhood game.