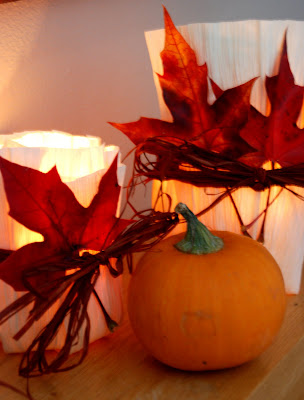 As a Waldorf inspired home with a preschooler we don't really belong to any specific Waldorf community here. As such, we loosely celebrate Waldorf festivals, particularly those that strike a chord withing me, such as Martinmas.

St. Martin was a man who started out as a Roman soldier. As an adult, he was baptized and became a monk, leading a simple life. He was known for his generosity of spirit, for one frigid evening he stumbled upon a poor and dying beggar. With nothing to share but literally the clothes on his back, Martin halved his coat and gave the other half to the beggar for warmth. Later that evening, Martin had a dream that Jesus appeared to him wearing his cloak, proclaiming that Martin had clothed him.

Such a beautiful and simple story. Giving unto those who have little. In that line of thought, my son and I sorted through our outgrown winter clothes readied them to take to the local shelter for those who have so little this winter season.

On the natural calendar, Martinmas marks the end of the winter preparations and the end of the harvest season. Now is a time for moving indoors as the nights grow longer and colder. This movement indoors marks a period of inward reflection for myself. It seems fitting that we would light a candle to guide our way through the darkness that is upcoming.

Which leads me to our Martinmas lantern. We don't participate in a traditional Martinmas lantern walk, but we do make and light a lantern together while we reflect on the season of giving and the end of the harvest. I first saw these lanterns over at Morning Rae Sun and knew they would be the perfect project for small helping hands. They really did turn out quite beautifully. 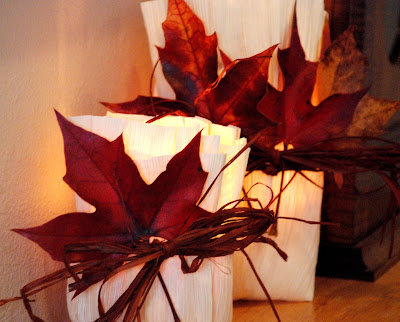