Last night we spent some time setting up a makeshift, last minute leprechaun trap.  It was nothing fancy, just your standard rigged cardboard box. 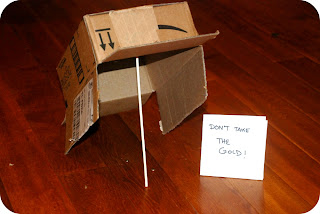 Before he fell asleep, my son told us that he wanted us to come downstairs with him in the morning to check on our handy work in case the leprechaun escaped when he lifted the box.  After all, leprechauns are "fast and tricky".

Too few hours later we all tiptoed down the steps in the grey light of early morning to see if we caught anyone in our trap.  We crouched down slowly....far, far, away from the trap to see if we could peer underneath: 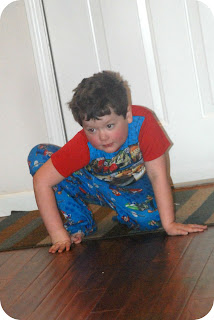 Obviously, someone had been here: 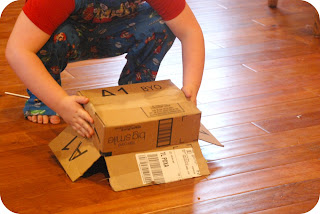 But leapin' leprechauns!  He got away and left a decoy in his place along with a note and gold coins that must have fallen from his pocket in his hurry to escape! Can't you hear him taunting us? Thank you to Christine at The Puppenstube for this adorable wee little green ore gnome. 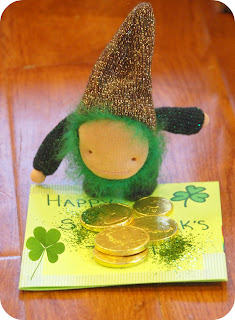 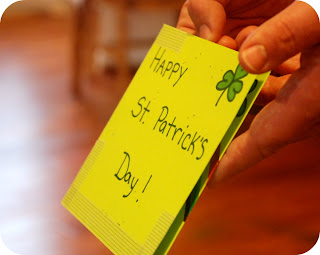 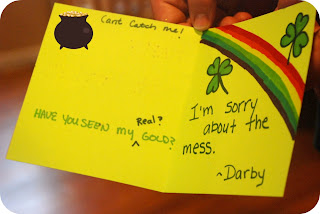 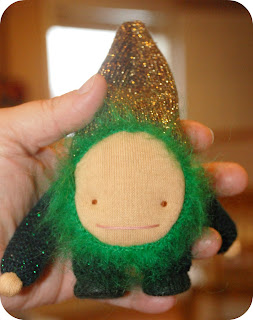 And what a mess he left!  Glittery green leprechaun dust everywhere!  We followed a trail of it into the bathroom and you'll never believe what we found there: 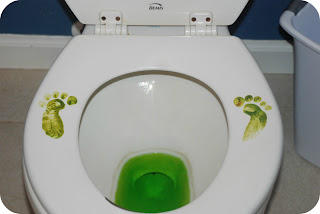 That sneaky little leprechaun took a pit stop before leaving our house.  Can you believe that?!  Some of those little folks are very brazen indeed. (The original leprechaun pee post is floating somewhere around on Pinterest, but I can't seem to find it).

Not to be undone by such acts of malarkey and mischief, my son defiantly declared to get the leprechaun next year by building a much better (read involved) leprechaun trap.

Merry mischief making to you all!