While at a play group yesterday, The Little and I found out that one of our friends was going to be taking part in her church's live nativity. Not sure what to expect, we told her we would be showing up after dinner to check it out.

I've debated how much of my faith I want to share online for you to read Internet. How much is pertinent to this blog - this documented history of my parenting and mothering successes and failures. And in the end, because faith does have a role in who I am and how I choose to raise my son I guess it's important to share at least a little bit.

My mother was a United Methodist minister. Faith and church growing up were integral to my development. But it was an interesting intersection for me. We were not raised to be Bible literalists. Indeed, my mother was fascinated by the search for the historical Jesus and attended conferences by the
Jesus Seminar. Learning about the Bible in a non-literal tradition sometimes placed me at odds theologically - left me feeling isolated at times if you will with my friends, many of whom did read and interpret the Bible literally.

As I've grown into my understanding of the Bible and it's place in my life I've also come to have great respect for other religions of the world. I've found, that while I still identify as Christian, I am drawn more and more to my connection with the earth, the seasons, the natural rhythms of life. And I'm learning how to connect the two - which I don't believe to be mutually exclusive of each other to create a more meaningful spirituality for myself.

Phew! Are you still with me? Or have I scared you off dear readers? Because I have a point, I promise.

It was with a bit of trepidation that I attended the live nativity last night because I know that my dear friend and I have very different understandings of the Bible and Christianity.

But I was pleasantly surprised. What was portrayed during this live nativity was more than I could have imagined. Historical details were not skimmed over. there was a replica of a Jewish Synagogue, there were rug weavers, basket weavers, potters, live animals, the inn, the stable, a family home where children and their mother were making bread. It was quite simply, beautifully done. I was able to snag a few pictures while we were there. And of course, wouldn't you know it - I forgot to take photos of the key players in the Christmas story, Mary, Joseph and baby Jesus. Oops.

The Little had a wonderful time exploring this gorgeous recreated Bethlehem. My husband and I followed him around while he made a beeline to the animal stables. We held his hand as he watched the children sing traditional Christmas hymns. We grinned as he gently handled the beautiful baskets and weavings that were being created for all to see. And we choked back laughter as he crouched down to peer between the camel's legs when the giant animal decided to relieve herself.

We walked into the inn, which of course held no room and we were redirected back over to the stables. The Little's eyes lit up as he realized we would be visiting his beloved donkey and baby goats again.

It was a magical, meaningful evening. As we left I realized that I am convinced that I will be able to raise our son with an understanding of God and the Bible and still respect others' beliefs - no matter how similar or different they might be from our own. To embrace and focus more on our commonalities than our differences. For that I am thankful. 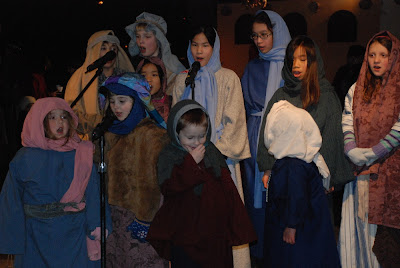 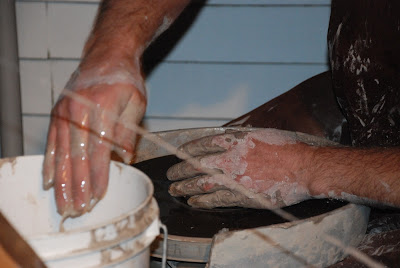 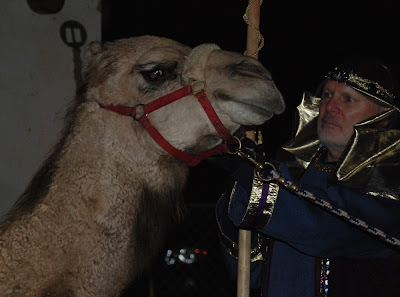 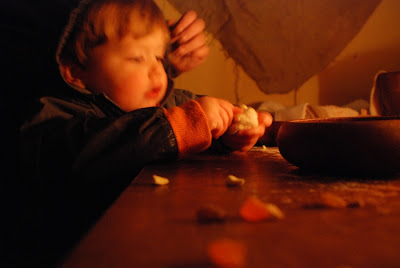 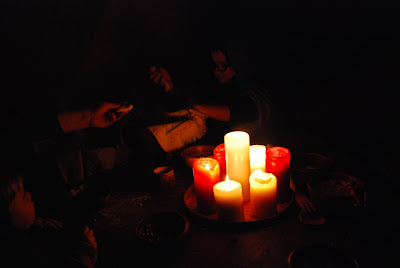 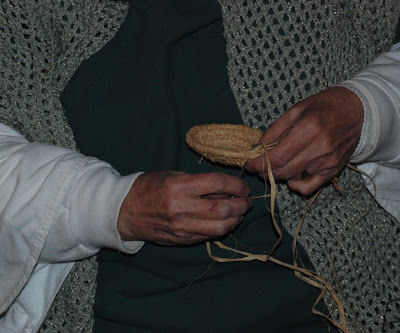 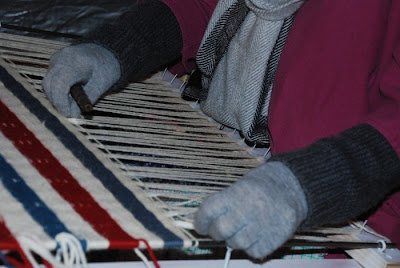 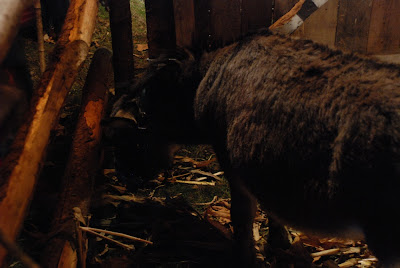 Yours in harmony, understanding and acceptance,