Not so into Santa


We tried again this morning.


So we bundled him anyway and made the drive into Portland to the Pioneer Square Macys where they have The. Best. Santa. Clause. Ever. Period.

And we waited patiently in line marveling at the glittery, twinkle light wonderland that has transformed the basement of Macys into Santa's North Pole home.

The only words my child would say to Santa were after much encouragement and gentle prodding. They were uttered under his breath as we were leaving.

"Bye, bye Sanna." Which of course produced the most amazing, true to life "Ho-ho-ho" of a belly laugh from St. Nick. Seriously. This Santa was magical. And my child refused to look at him, talk to him, or sit on his lap. See for yourself: 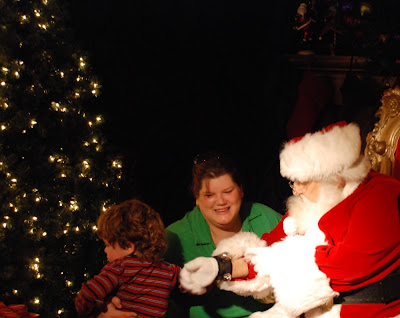 Excuse the goofy look on my face. I was telling Santa I wanted my parking validated for Christmas. 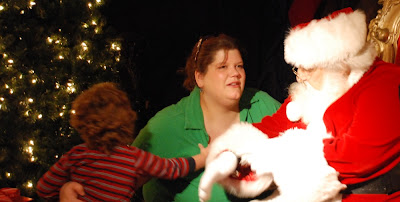 Yes, that was as close as my son got to Santa and only then with me acting as referee between the two of them.

So we politely thanked the kind North Pole employees at Macys and made our way through the rest of the winter wonderland in search of lunch.

Recovering from the sheer horribleness that his parents made him go through. 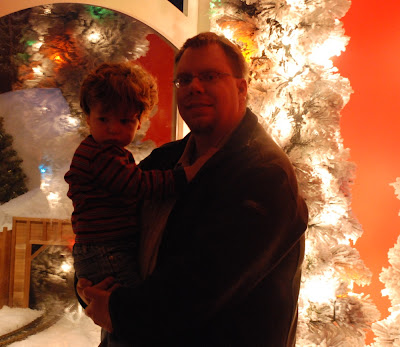 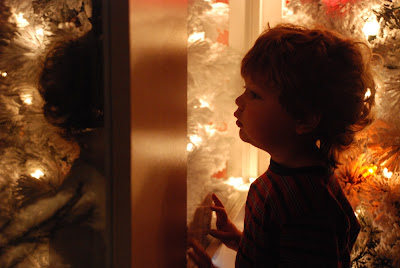 Yours in childhood magic - or terror, as the case might be,