As the weather begins to shift from bright sunny days to cool and drizzly here in the Northwest, we too begin a subtle shift. As the days shorten and the sky darkens we find ourselves spending more and more time indoors. In preparation for this change, I've found myself decluttering like a mad woman. Donating items we don't use, throwing out items that are broken and beyond fixing. Recycling and composting items that can return to the earth.

I hail from a long line of pack-rats. Growing up in my household meant never throwing anything away because you might have a use for it it someday. When my mother died several years ago the "great clean out" began in earnest. A gigantic 20 foot trash bin was delivered to her house and was filled with garbage. Canned goods dating from the early 80's were found buried under piles of laundry in the crawl space under the steps. Things like packing material were saved in plastic bags in the rafters. Taxes, sales receipts and the like from the mid 1970's were carefully labeled and placed in boxes in the garage for ....well...I'm not really sure for what purpose. And you couldn't even just throw bags out, assuming they were garbage. In one such bag we found a beautiful never worn opal pendant still in the box, purchased during one of my mother's road trips. I can only assume it was placed in the front seat of her car and hastily gathered up with trash some day when she must have been trying to make room for a human passenger. 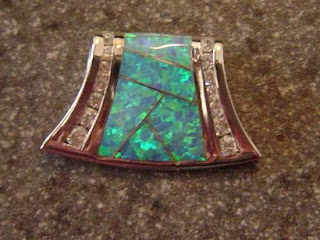 The pendant found in a garbage bag.

I decided then and there that I would never allow my house or my life to be filled with such clutter - although I didn't get serious about the matter until I was pregnant with my son three years after mom passed. I supposed that was partially the natural nesting urge many expectant mothers feel before the arrival of a little one. I do know that Super Hubby was a tad bit concerned that I was going to declutter us out of house and home. I promised him I wouldn't do anything rash like get rid of his Return of the Jedi collectors cups or his box full of computer cables. 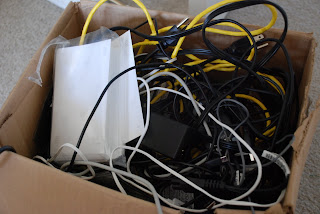 Ha! You thought I was kidding, didn't you? 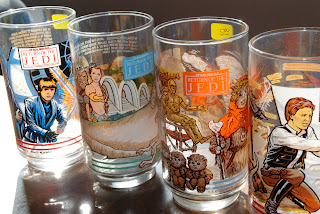 They still have the flea market price tags on them.

As I began to clear our house of items we no longer loved, used, or needed I found an emotional burden start to lift from my shoulders. It was so freeing to be able to see items as just items. To be able to recognize that at one point they served a purpose for us but realize that now those items were free to serve that same purpose for someone else. As I purged our house of clutter, I found that I was able to let go of items that were keeping me stagnant - items that had previously paralyzed me with the fear that if I let go of them I would lose the memories too. I found the opposite to be true. Letting go of the items didn't mean losing the memories, instead it meant that I was able to make room in my house, my head, and my heart for new memories.

So the declutter continues to keep my heart, mind, and house open to knew experiences and memories. 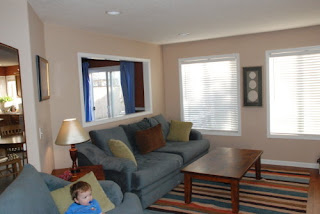 The living room where much of our winter playtime takes place. 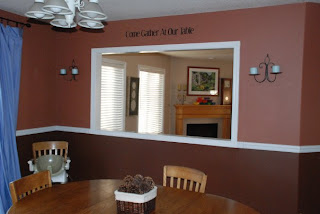 The dining room where much of our art and craft time occurs.